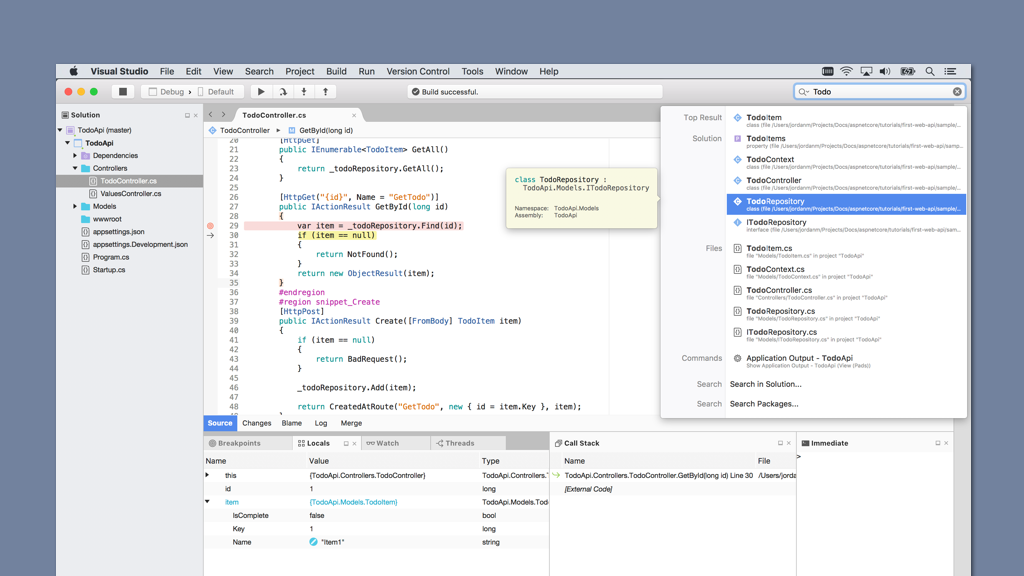 Use Visual Studio 2017 for Mac to develop apps for Android, macOS, iOS, tvOS, watchOS, web, and cloud. Code fast, debug, and diagnose with ease, test often, and release with confidence. Use version control, be agile, and collaborate efficiently with this new release!

With this initial release, it includes a full-featured source editor, code search and navigation, a powerful debugger, a customizable workspace, Git integration, and a rich extension system. However, it is missing support for some common languages like Go, Ruby, and PHP and Miguel (migueldeicaza) said the following on Hacker News:

We will be adding support for more languages. We will be doing that with the Language Server Protocol effort that was started at Microsoft and is currently in use by VSCode and other languages.

So that is a positive for those that are looking to use it and are using languages that are not currently supported. I’ve heard from other developers that Visual Studio on Windows is an excellent IDE.

Another nice feature that is that it includes support for TextMate language bundles, which you can use to add:

So although it doesn’t get full support for languages like PHP you can still get basic syntax highlighting through Textmate bundles or stick with their Visual Studio Code offering.