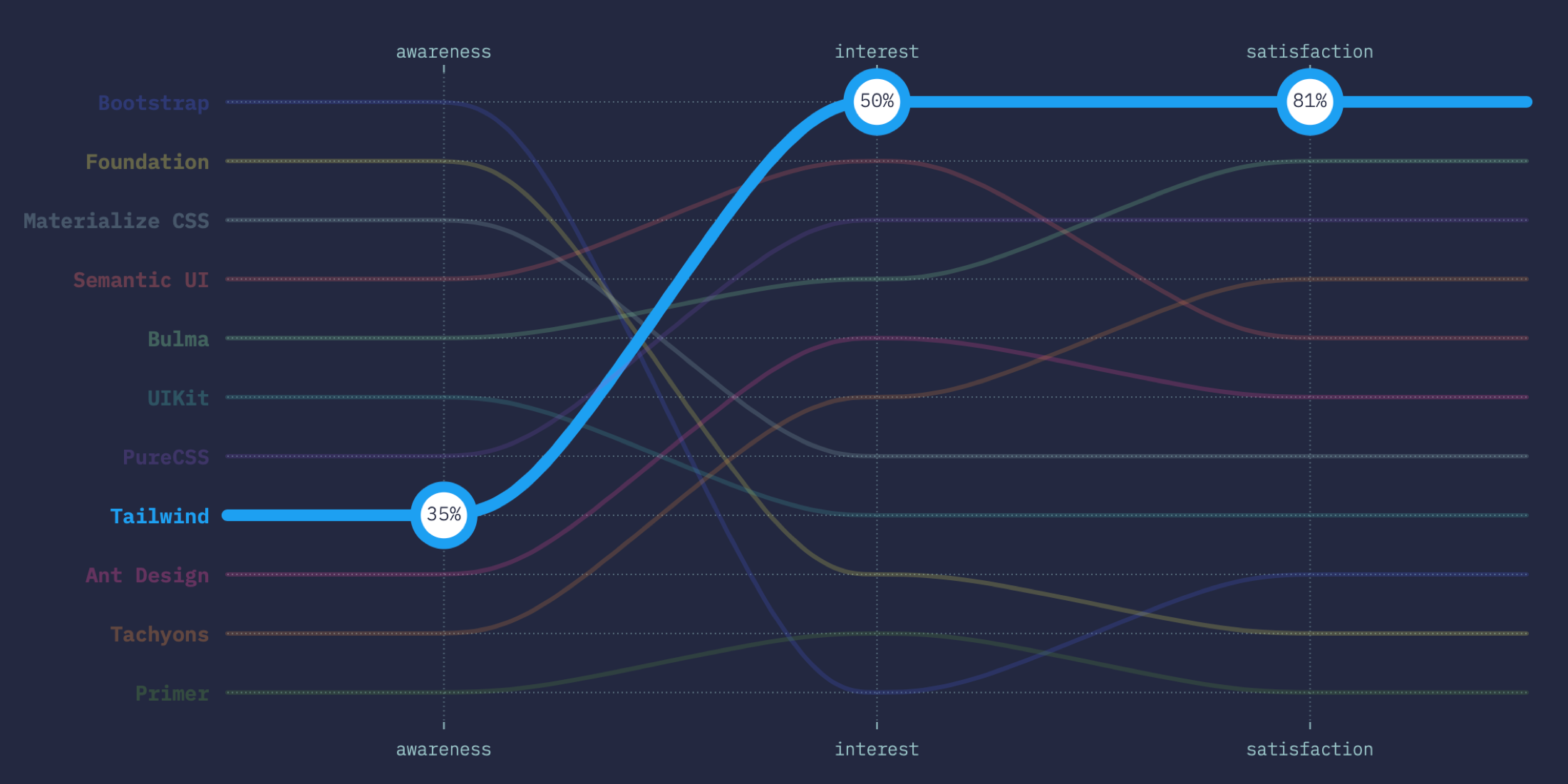 For years the debate has raged on: should you use UI toolkits like Bootstrap, or is that “cheating”? Will all websites end up looking the same? And will designers end up being useless?

In 2019, it’s safe to say the debate has been settled, and the frameworks have won. Bootstrap has kept up with the times and generated a huge ecosystem of various themes and plugins, while Google’s Material Design has helped popularized its own specific aesthetic.

And while the utility-class-focused approach of new frameworks like Tailwind CSS make you question everything you know about writing “proper” semantic CSS, its 81% satisfaction ratio means that it might be time to reconsider our old preconceived notions…

That last paragraph hits the nail on the head, almost everyone that builds something with Tailwind loves it.  Also, these results were from the beta version, and now that Tailwind v1 is official I think it’ll start to move up in that awareness column for next year.

This site uses Akismet to reduce spam. Learn how your comment data is processed.