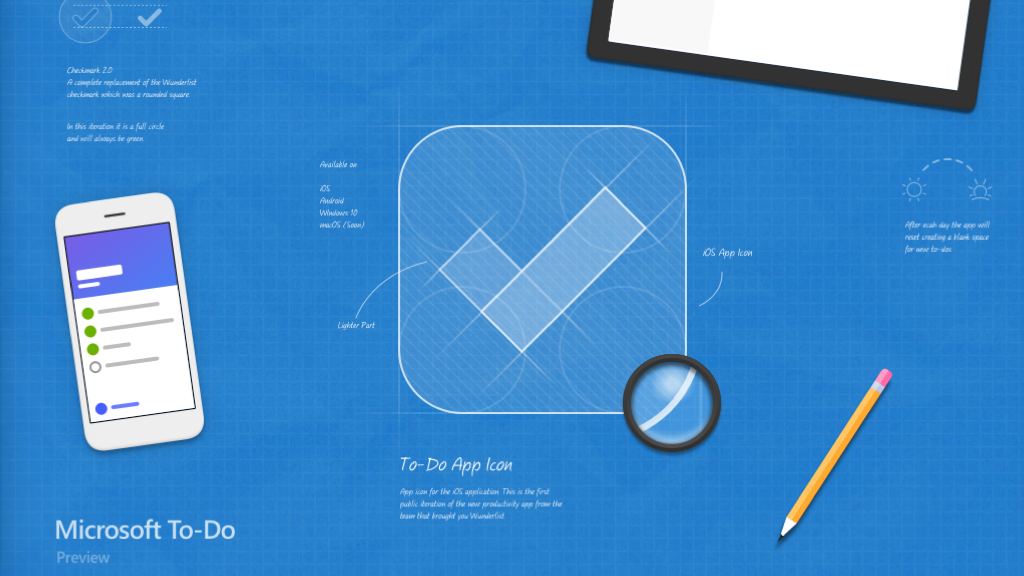 Wunderlist joined Microsoft in 2015 and they will begin retiring Wunderlist as you know it today. In the future it’ll be named Microsoft To-Do, and they’ve just launched the first preview release and the screenshots of the new app look fantastic:

This preview is available for download today and there will not be any new features brought to Wunderlist, however, they have built an importer to transfer from Wunderlist to the new To-Do app.