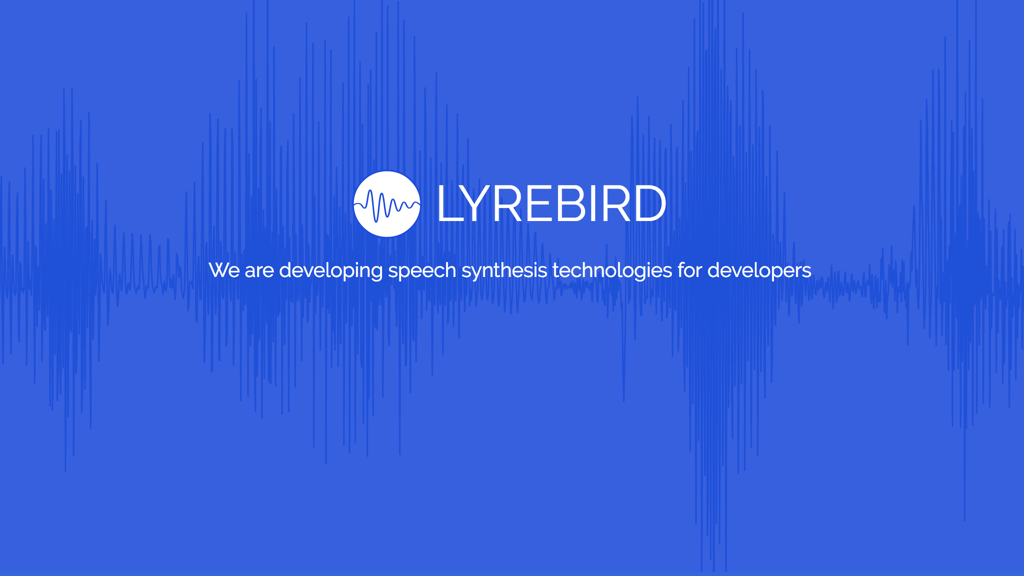 Lyrebird, a Montreal-based startup, today announced a voice imitation algorithm that can mimic a person’s voice and have it read any text with a given emotion, based on the analysis of just a few dozen seconds of audio recording.

Based on their website it works by recording a one-minute audio clip of someone’s voice and the software can compress the voice into a unique key. Then, it uses this key to generate anything with its corresponding voice.

Here are a few examples from some politicians:

For more demo’s check out their website. This could be an interesting technology with lots of good and bad ramifications. They’ve included an ethics page with the disclaimer:

Voice recordings are currently considered as strong pieces of evidence in our societies and in particular in jurisdictions of many countries. Our technology questions the validity of such evidence as it allows to easily manipulate audio recordings. This could potentially have dangerous consequences such as misleading diplomats, fraud and more generally any other problem caused by stealing the identity of someone else.

By releasing our technology publicly and making it available to anyone, we want to ensure that there will be no such risks. We hope that everyone will soon be aware that such technology exists and that copying the voice of someone else is possible. More generally, we want to raise attention about the lack of evidence that audio recordings may represent in the near future.

Bad actors aside, I believe this will be a fantastic technology and bring all sort of new things. Now those introverts will be able to podcast without actually talking.