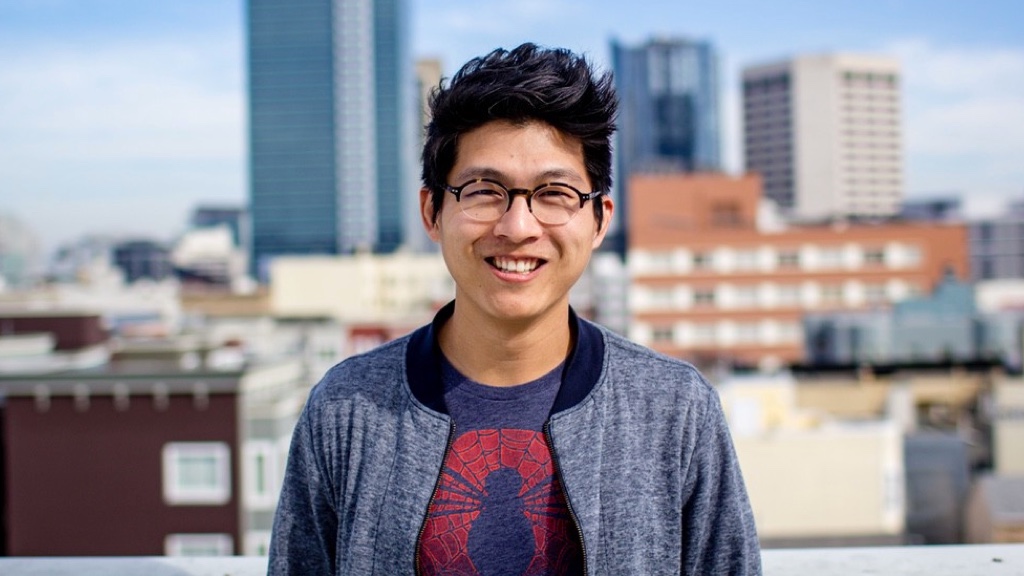 Side projects are a creative outlet for a lot of developers. It allows you to take an idea and turn it into something real. Besides solving problems, it gives you valuable experience in many important areas like launching, marketing, and more.

In this interview, I was able to spend a few minutes with John Saddington, a developer, and writer. John has created numerous side projects over the years including Desk.pm, a minimal markdown writing app, and TOMO, an app currently in development to reimagine human resources. Let’s take a look at how John gets inspiration and how he manages to launch.

Hi John, can you tell us about yourself?

I’ve been building software for 18 years, professionally. What I mean by that is that I was getting paid by a company to do it, but I built my first program much earlier than that! It was a choose-your-own adventure game in BASIC and you could either slay a dragon or save the princess… but you couldn’t do both. I started programming because of video games and my desire to build my own. I have yet to build a production-grade, market-ready game but perhaps at some point I will.

I first found you from your app Desk.pm and it later went on to become one of Apple’s Best of 2015. What do you think was the catalyst for that?

Luck, to be honest. Sure, I put in a lot of work but it’s impossible to really know what impacted the decisions. I’m humbled and honored by the attention… Apple has really made my particular journey really fun!

Otherwise, if there’s anything that was super-helpful to me it’s just that I spent a lot of time connecting to my readers and my customers as well as sharing my story of how I built it. That’s been a big part of how I build these apps anyways and I enjoy giving them a behind-the-scenes look.

You are also working on a new app, TOMO, can you tell us about that?

With TOMO I have a dream of open sourcing HR and all of the systems and tooling surrounding the human resources and human capital space. It’s one of the last places within the organization that has yet to fully adopt an open source philosophy with collaborative tooling. I hope to change that. You can follow our progress on the TOMO blog.

During the development, before you launched, did you ever get hit with negative thoughts? No one will ever buy this. Some other app already does this. etc..

All the time. In fact, there’s a general paranoia and fear that you have to work through so that you can get to launch. No one likes criticism but you know it’s coming. No one likes to work on something and not have it appreciated. But, there’s a large potential for that to happen. It is vastly more important that you execute and try and then fail than to not try and fail. In other words, if you’re going to fail you might as well fail while giving it a shot.

You write a lot on your personal site john.do, do you believe this helped you in making the apps you create a success?

Yes, and that’s because writing for 15 years every single day has forced me to become better at clarifying my thoughts into understandable ways, which directly relates to creating messaging and copy that can be interpreted and understood by potential consumers and customers. The more you practice the fine art of communication the better you become.

I know other developers who have created side projects and once they’ve found a little success they quit work and focus full time on it. Are you planning anything like that?

Nope. Most, if not all, of my side projects are just side projects — very few of them spin up into a big business and only a handful even had the remote potential to do that. This is a healthy exercise for me, though, and I’m fine with the side projects being side projects.

I’ve heard others say you should make around $12,000 a month before you even think about quitting your job. Do you think that figure is accurate once you account for taxes, insurance, and everything else related to being self-employed?

I suppose that’s fine if you live that type of lifestyle but I know that I’ve started many startups and projects with far less. In fact, I’m doing that right now as I don’t have a paying job and am working on savings as I get TOMO up and running.

If you’re driven to solve a problem then you’ll figure out a way to make the finances work… or you don’t and you go get a full-time job. There’s no right or wrong way of doing this but those who want to solve big problems and find deep and abiding satisfaction in their work will do whatever it takes to get there. The rest will just have to settle for a more modest and perhaps more mediocre career, which, I suppose, is sad, but most people will do that.

Where do you find your inspiration for both creating apps and for doing so much writing?

Finally, what is the best way of keeping up with you and your future endeavors?

@8bit is a good place to start and if there’s anything that I’d like to add it’s just this: Your life is really, really short and if you’re not working on stuff that matters… then what are you working on… and why? What do you really have to lose? At some point we will all get old and die and if you think you’re going to look back and regret the decisions that you’re making today… well, you have to do something about that. Now, today. Get going.